Listen to this post as a podcast. According to the CSO, people in Ireland are earning more. As you can see from this chart, for every €100 that people were earning per week last year on average, they’re earning €103.50 per week this year. Further, the average wage today in Ireland is €745.09. Now, that’s Read more about On average, people are earning more in Ireland – what does that mean?[…] 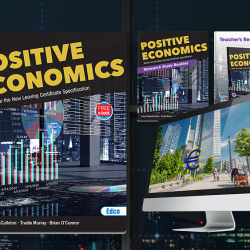 Economic literacy You are at an exciting stage, where the study you do now will have an impact on the rest of your life. Economics is a subject that will give you a different perspective on how you view the world. It enables you to develop skills, knowledge and values that are relevant to your Read more about Introduction to Positive Economics[…]